Birth of a Resort:

On December 14th, 1906 the plot of land known as “Golden Sands” was purchased by Johan & Lovisa Carlson.  The Carlson’s would go on to settle the property by farming as their way of life establishing their farm house where you find cabin 8 today.  The next 40 years would have the resort property and surrounding land exchange hands among a number of families. 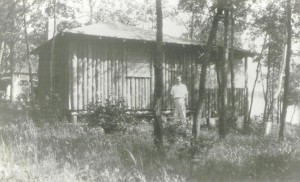 It was September 19th, 1945 that Tracy & Evlyn Wiltse obtained the land.  This husband and wife team built cabins 1 through 5 for rent establishing the Resort known as “Bon Repoz” meaning “Good Sleep” in German.

On January 5th, 1956 the resort was sold to H.J. (Butz) & Luella Pass.  The Pass family continued building up the resort by adding cabins 9, 6, and 7.  The Pass family also built the residence on the property freeing up what is now known as cabin 8.  It was Butz who famously painted the cabins Pepto Bismo Pink! 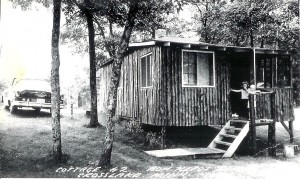 On September 26th, 1975 the resort was sold to the Gregg brothers.  The Gregg brothers would add Cabin 10, which was an old garage, along with 2 mobile homes which were cabins 11 & 12.

On May 20th, 1977 James & Beulah Gunelson purchased the property.  During their 10 year run as owners the Gunelson family would build the lodge onto the existing residence, along with adding the stairways down to the lake. 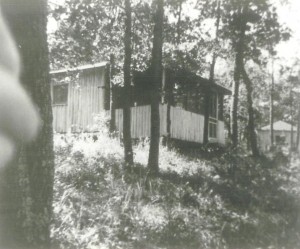 On October 6th, 1987 Bon Repoz was sold to Jim & Mary Ann Berg.  The Bergs wanted the resort to cater primarily to families and wanted a name that reflected the property.  The name was changed to Bay View Lodge.

Jim & Mary Ann have operated the resort for the last 25 years having made a number of changes to the property.  It started with painting the cabins an earth tone brown, building an onsite boat ramp, adding a Seasonal Campground, to remodeling every cabin.

By reconstructing Bay View Lodge into a Fun Family Resort we hope to assure that the rich tradition and history of Northern Minnesota hospitality will continue for years to come.

Bay View Lodge continues to be a family operated resort under second generation Bergs Tim & James with the intent of continuing the rich history and tradition of previous owners.

Please, come be our guests and find fun with the family here at Bay View Lodge!